Our voice is one of the most dominant element of our personality.
Even though the advance of technology has highly improved the quality of life for people suffering of voice impairments, most people who lose their voice must accept to start speaking with a standard digital voice used by other speech impaired persons as well. The change in voice and the loss of uniqueness may affect how these people perceive themselves and their own identity.

The service includes an online recorder that allows people that are about to lose their voice to record their own voice before they lose it.
Persons who already lost their voice can ask a relative or a friend to record a voice for them. 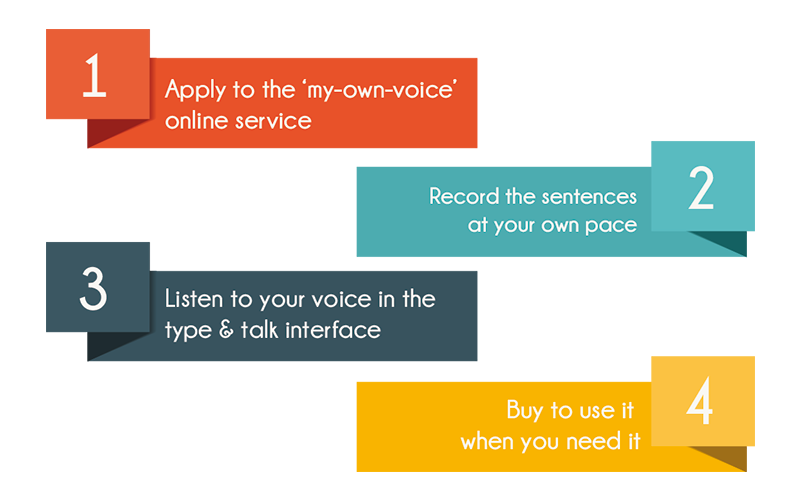