Oct, 07 2019
The Arabic version of 'my-own-voice' will be launched at Gitex’19, allowing Arabic-speaking people to preserve their voice. 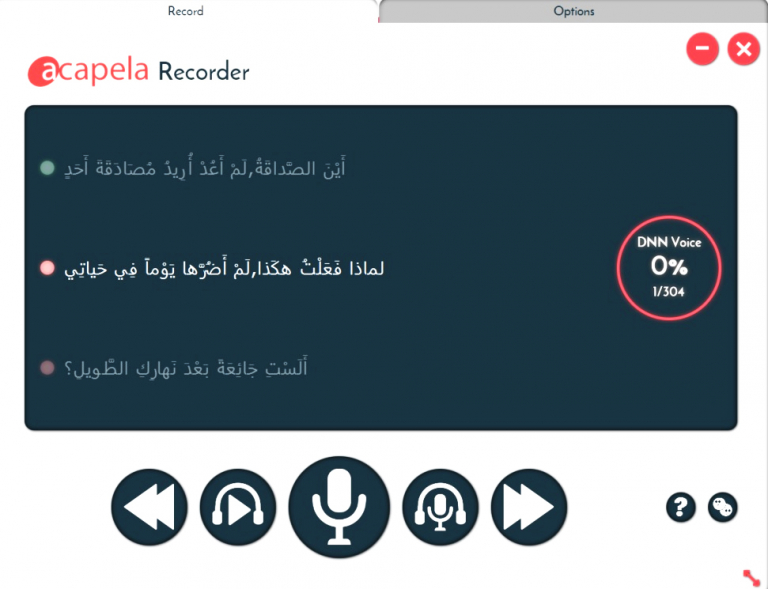 Progress in voice technology means patients with speech impairments can now benefit from improved voice banking; the digital resulting voices are very like their own. A voice signal and persona can be created from scratch, based on only a few minutes of speech recordings.

‘My-own-voice’ offers end users the possibility to keep speaking and communicating, by using a reproduction of their own voice, synthetically recreated to support maintenance of identity.

It is a web service designed to make it easy for anyone to create a synthetic voice.  Already available in 15 languages, we are proud to unveil the Arabic version of ‘my-own-voice’ during Gitex.

SPECIAL GITEX OFFER: Visit Acapela Booth (H2-A12) and get your promo code to create your digital voice for FREE!

Innovation: Your digital voice based on DNN technology

‘My-own-voice’ uses DNN (Deep Neural Networks) and Artificial intelligence (AI) technology to significantly improved the quality of voice banking, directly benefiting people at risk from deterioration or loss of natural voice. A digital voice bank can now be created from as few as 350 phrases, often recorded in a single sitting over one or two hours.

Acapela’s new TTS technology, based on Artificial Intelligence, is a major component of the ‘my-own-voice’ service, delivering voices very much like the user’s own. The voice can be used with an assistive device to read any sentence, keeping the essence of the original in terms of timbre, accent and intonation. The voice and way of speaking are instantly recognizable.